Apollo Fertility and IVF Center has earned massive reputation among families who are looking for fertility treatments. The leading medical center in India serves patients with wider range of Assisted Reproductive Technology services aiming to provide methods for them to bear a child through scientific procedures. Apollo Fertility treatments have taken medical tourism in India to an altogether different level. 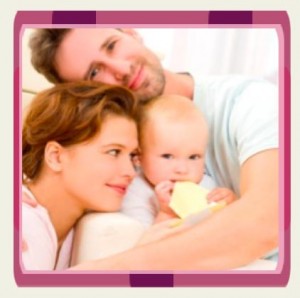 All the doctors in Apollo Fertility and IVF Centers are skilled and fully qualified. They believe in first finding the true cause that led to infertility in a patient before suggesting the right kind of ART procedure for them. A complete diagnosis of the patient is conducted before starting the procedure. Thorough body examinations are conducted before any infertility treatments are started by these exceptionally qualified physicians. Only after the results of the diagnosis the best method for a particular patient is suggested.

But still there are many out there who are unaware of these scientific procedures. The aim of this write-up is to provide information on Apollo Fertility and IVF Centers and the kind of treatments provided by the Medical Hospital.

What is the meaning of Assisted Reproductive Technology?

Assisted Reproductive Technology or commonly referred as ART is given to the scientific procedures through which one can try to attain pregnancy rather than by biological methods of an intercourse.

What ways are provided by Apollo Fertility and IVF Center for ART?

Apollo Fertility Centre has advanced tremendously in the fields of providing Fertility treatments to patients. Some of the method provided by Apollo Fertility and IVF Center are as follows:

Are there any Risks involved in these procedures?

There are several risks involved in these procedures. Some of them are mentioned below:

Because of these threats, it is necessary for candidates going for going through these procedures to really make up their mind before opting for it.

What are the chances of Successful procedure?

The success ratio of the procedure is affected by several uncontrollable factors such as the patient’s age and abnormalities in the patient that caused infertility in the first. IVF has been successful to recover most of the abnormalities, though has so far failed to recover some other abnormalities. At the current moment, Apollo IVF centre boasts of a success rate of 30-40 % in every trial. Therefore, one must be really skeptic during the procedure.

Written By: Karan Saxena
Karan Saxena is a literature student, with keen interest in writing about India and the world. His write-ups give an intricate, detailed version of the cultures and surroundings of the locations, he is writing about. All his write ups are thoroughly researched and completely accurate in providing factual details.